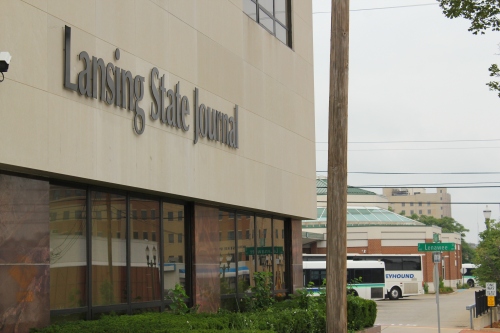 Lansing has really seen some hard times in the last few years and this walk made me realize that more than any other. I started my walk at The Lansing State Journal. The LSJ has been Lansing’s centerpiece of news media for decades. In recent years they’ve been hit extremely hard by new technology causing reduction in subscribers. Being owned by a much larger parent company has afforded them the luxury of only reducing staff by half instead of folding all together. The Boarshead Theater, sitting on the opposite corner, was much less fortunate. In spring of 2010 the only Mid Michigan professional resident theater closed their doors after 44 years. A block south of this intersection sits the very large, vacant field that once housed the Deluxe Inn. In the summer of 2010 this vacant motel, before being demolished, was the canvass for a multitude of graffiti artists. For a few weeks a structure once known for its high crime activity, became a project for expression, art and reclamation. 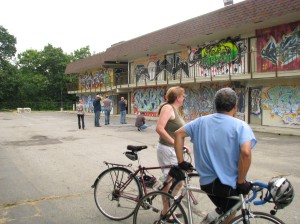 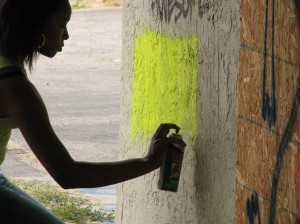 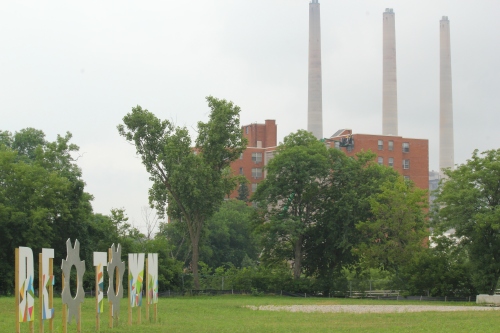 Now, the art has been redesigned throughout REO Town and the carnage of the Deluxe Inn Motel has been removed. The green grass sprouted and a new sign was put up. In networking groups I hear phrases like “promise”, “possibility”, and “potential” in regard to this field. I think those phrases are used often in these times. 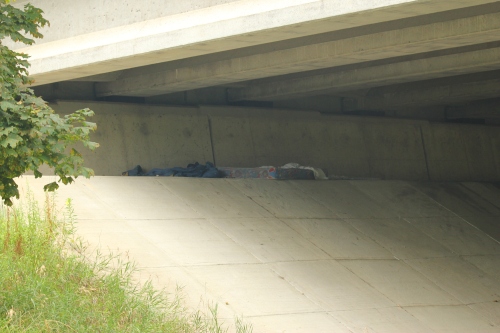 There’s the promise of housing. There’s the possibility of a well paying job. And once there are enough of those first two things there will be the potential to bring Lansing into an era of prosperity and hope.

One response to “Promise Land”