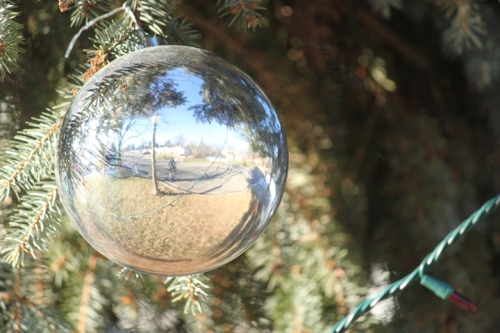 I am usually not a procrastinator. I tend to get things done as quickly as I am able. When I was in school I would sit on the bus, knees propped up on the seat in front of me, homework on my lap. It would be completed by the time I got off the bus. Yes, I was that type of girl. My walking for the months of November and December was anemic. It began with a single day delay, which then led to a week of deference. This provided the base for a couple more weeks of inaction. Ultimately I would look back and realize I’d put off walking for almost a month. This hiatus was unintended yet there it was. I had planned to do quite a bit of walking over the winter break; so much walking that I had hoped to complete this project this spring. Ambitious but I thought it would be feasible. Recently, though, I’ve had a change of plans. This change was not entirely because I didn’t think I could get it done, because I think I could. This change happened because I had a meeting with an art gallery manager. Amy Wellington is the new creative manager at Art Alley. Art Alley is located in REO Town and provides a non-traditional studio space for local creatives to display their art. I had thought that having a gallery presentation of my City Saunter photography that corresponded to the completion of this project would be a wonderful way to bring it an end. After speaking with Amy and Diane Wilson, the out-going Creative Director, they not only loved the idea of my project but would be delighted to showcase my photos; in October. Sometimes, what you are offered in life works out a lot better than what you had hoped for. This new schedule gives me the opportunity to not rush the last sections. It allows me time to put together my strongest pieces. It will also allow me the time to find sponsors to pay for this display. I will be coming up with some creative activities and sponsorship packages to make this a worthwhile venture for anyone willing to donate. After three full years of working on this grand idea to walk all the streets of Lansing, I will reach the end October 1, 2013.